Dear readers,
The delightful fairy queen, Anna, is hosting yet another contest here that I can't deny myself.
We choose a picture from a beautiful Pinterest gallery and write upto 300 words inspired by it.
As much as I love the idea, picking an image from over 500 is no easy task!
Oh, but I managed. Barely! 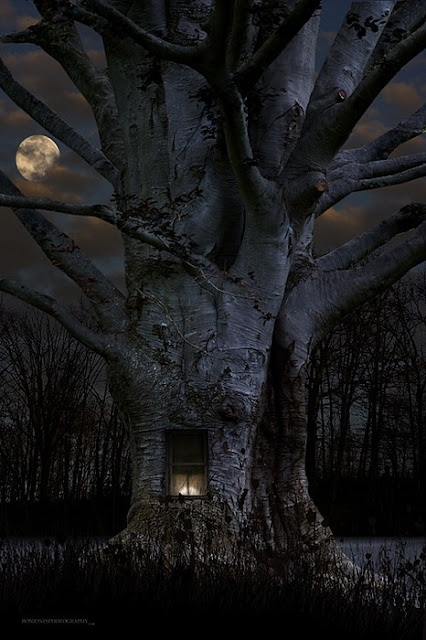 The Lost Prince of Tolstice


“Who stands there?” called a stern voice.
She started, about to flee, but the door swung open and an arm grabbed her wrist.
“Your name, Miss?”
Manacled, she ventured a look back at the man swallowed in midnight, perceiving only a pair of flinted silver eyes.
She swallowed. “Serena.”
He pulled and seemed to inspect her. “Mortal.” He decided, not impressed. “From the prisons?”
“Yes,” she croaked.
He sighed and released. “Come in. It’s unsafe here.”
She glanced around, considering her meager options. Curling her hands into ready fists, she accepted, abandoning the cold night for the warmth of his abode.
He turned, bolting the door and one of his purple latticed wings, shriveled at the rims like burnt parchment, delicately faltered.
“You’re Aris,” she gasped, “the lost prince of Tolstice.”
It was unmistakable. Here was the fabled prince who, born on the wrong side of the tree had been relinquished in childhood. With roots of half-fairy, half human, his sullied blood had endowed him a feeble wing, for magic of a fairy could not flourish in mortal cells.
Her heart felt for him; abandoned by family, spurned by nature.
He strode forward. In lantern light his black hair shone with brilliance, his chiseled face bespoke hardness.
“Don’t call me that,” he clipped.
“I’m sorry,” she whispered.
His eyes flitted over her and he nodded, accepting. “Do …?”
He froze. Voices sounded outside and with a beat of his wings, all light was extinguished.
Proof of life shuttered.
Darkness folded over them, and she shook with fear of discovery as the cadre of Stymphalian birds screeched nearby.
He drew her close in protective arms “we’ll be fine,” and pressed his lips to her forehead, sealing the promise.
The murmurs faded. The footsteps furthered.
And hope unraveled in forgotten hearts.

@Afsaneh_Dreams
If you have a Wordpress blog, here is the proper code:

I'd love to know your thoughts on this, so do share.

Novel 1 - Maid For a Gentleman

Afsaneh
1. An aspiring and eccentric writer who thinks of nothing but novel ideas and occasionally cheesecake(n) 2. A being in severe need of sanity (n)

The Mass Of Labels